On this day, Grigothy rose from his eternal slumber and saw his shadow. You know what that means. The season of Warmas is over and now it's time for Quasover! 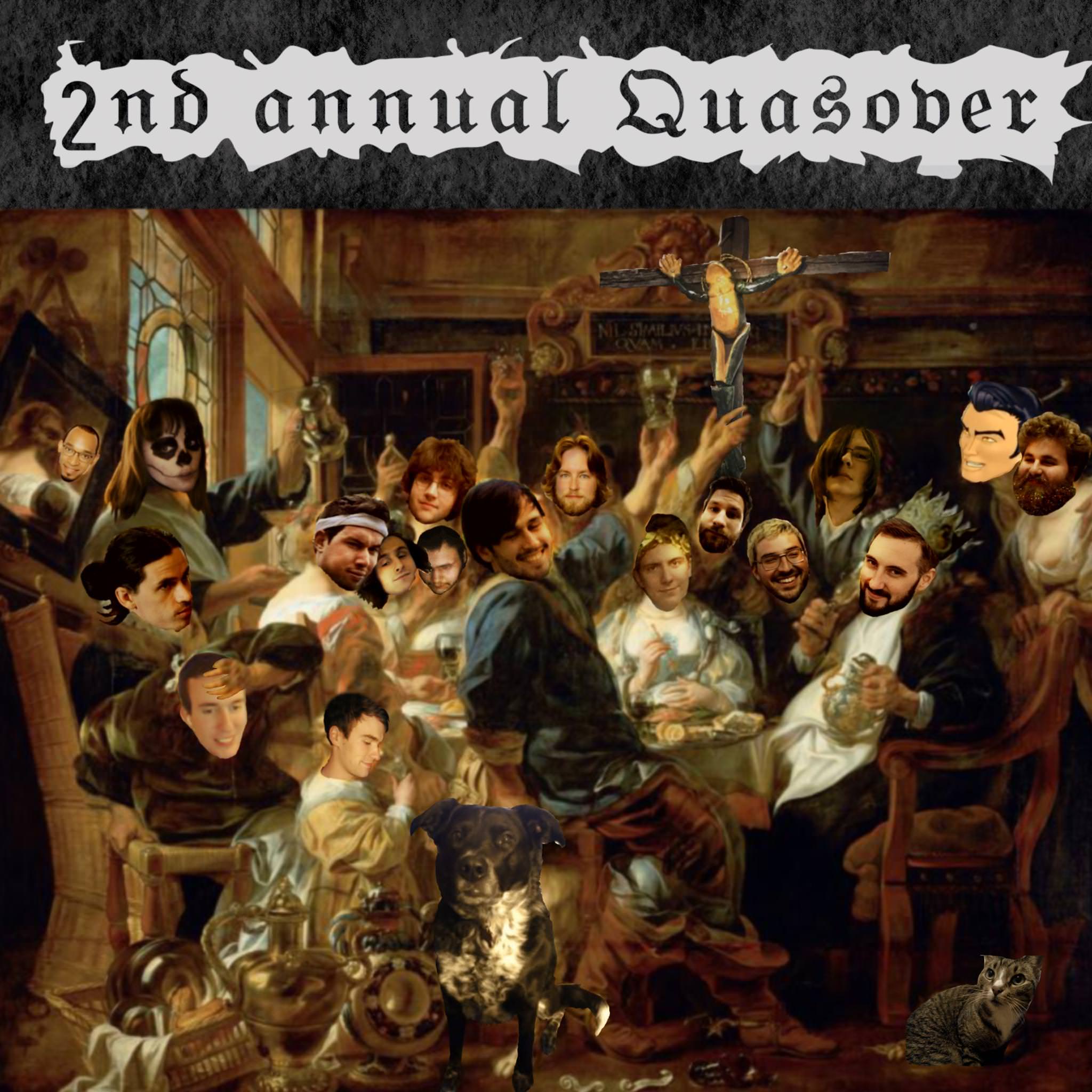 DISCORD:
For anyone who might not be aware, we switched from Slack to Discord for messaging and that is now our primary way to communicating (along with Teamspeak 3 which we are still using for voice). We switched because Discord allows us to invite people more easily and has more features than Slack. Here is an invite link to join: https://discord.gg/ayD8qWh

Warmas is our yearly gathering where we play a handful of games as a large group. The event will be split into, 2 days, Warmas Eve and Warmas.

Also if you have a Nintendo Switch, join us on the following night (September, 30th 2017) for the War Clan World Tournament in ARMS and the War Clan Grand Prix in Mario Kart 8!

Drinking and Costumes plus Killing Floor 2, and Golf With Friends, Drawful 2, Town of Salem, Tabletop Simulator, and more!