So, after a few games of testing with Gbombz, who is now the OFFICIAL World First Winner of a WaR TCCG Duel
although it did end 2-2
The first balance pass has arrived alongside the yugioh affinity.

Also i reuploaded all cards into one album because i cant remember what else i changed previously: http://imgur.com/a/WRPO1

Also, Rules errata:
-New minimum deck size is going to be 30 cards instead of 40. (this is because of the heavy inconsistency we had while testing, still up for discussion probs)
-Damage inflicted by a defender in a user battle is now titled "Retaliation" / "Retaliation Damage"
-First turn no longer draws a card at the start of their turn.
-First turn now gets a choice: Gain 1 mana on starting turn (and no draw at all), or draw two cards (and stay 1 mana behind the whole duel).

Also to keep track of mana, Satros suggested gamerfuel cards. They are somewhere in the all cards album. front side gamerfuel, back side crushed can.

Edit:
Also
Also
Also
Also
Also, this pass introduced Limited cards, Cards in which only one copy can be in the deck.
edit also: the 1 and 2 drops are planned for later affinities

Playing around with alternative card styles:

I don't really like either yetbut its a start 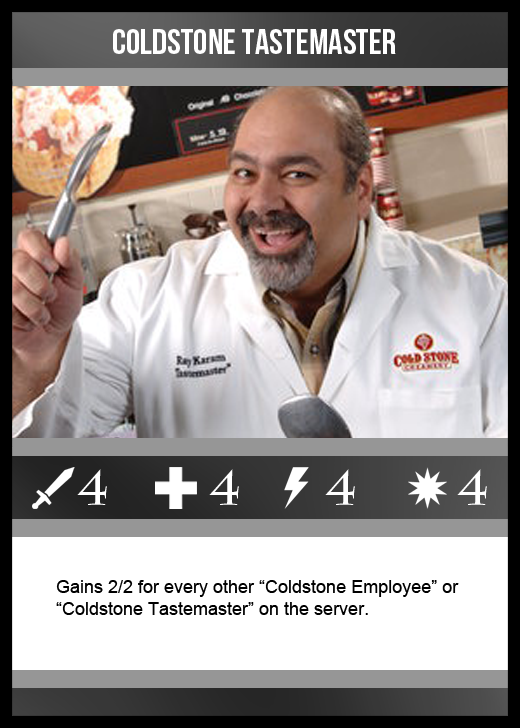 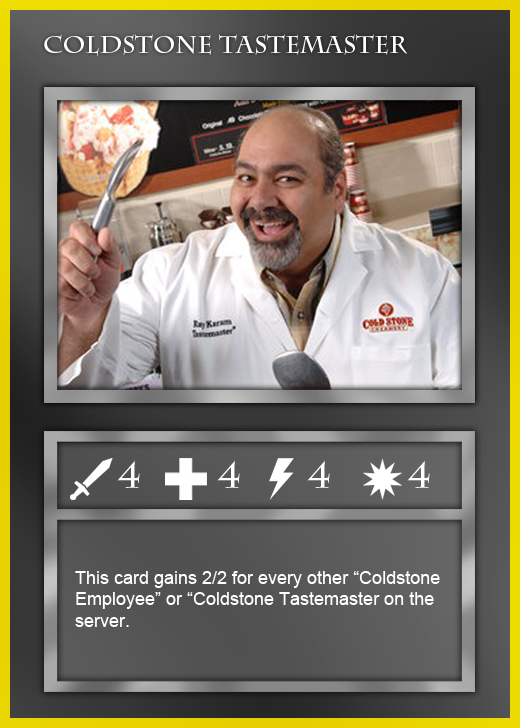 In lieu of the coming of WaRmas, and to promote WaRmas hype, i have worked tirelessly at the forges to create the DBZ and Rune affinities, as well as some WaRmas cards.

Also, I decided to reforge the old WaR cards to be used in this version!