Dec the halls with bells of Warmas! It's your boy Satros here giving you your monthly War Clan holiday greetings card.

This will be a special monthly update that focuses on our 10TH annual gaming event, Warmas.

*WARMAS ANNOUNCEMENT
Warmas is our yearly gathering where we play a handful of games and do silly things as a large group. The event will be split into, 2 days, Warmas Eve and Warmas.
Warmas Eve: January 6, 2017*
Games: Overwatch, Golf With Your Friends, Tabletop Simulator, Grand Theft Auto: V

*WARMAS GAMES*
Instead of our usual "Latest Games" section, these are the games we play during Warmas and the kind of activities we will be doing in them.

Rune: Classic is the game where {{WaR}} was first founded. The gameplay is sort of like Unreal Tournament but hack-and-slash. There are tons of fun maps and mods and we play it every Warmas as a reminder of our roots. One map in particular, Mt. Everest, a map where to point is to climb to the top, is always a good time when everyone is drunk during Warmas.

TableTop Simulator is a simple physics based game for playing tabletop games with friends. This year, we will most likely play some funny games or Secret Hitler while we are either waiting for everyone to show up or are winding down for the night on Warmas Eve.

Golf With Your Friends is a mini-golf game with up to 12 people all taking their turns at the same time (so no waiting for other people to go). We're going to play a game with crazy settings with as many people as possible, it should be a lot of fun!

Overwatch is a class-based team shooter by Blizzard. It's kind of like a mix between TeamFortress 2 and MOBA games like DOTA 2. We will most likely play some crazy custom games 6v6, such as all Roadhogs with faster cooldowns for some insane hook action.

Grand Theft Auto V is the latest Grand Theft Auto game and has lots of fun things to do such as missions, races, and just fucking around. We will probably do some wacky races or just generally screw around with other players on it.

We hope you will all join us on Jan 6st and Jan 7nd to play these games and more for Warmas Eve and Warmas! 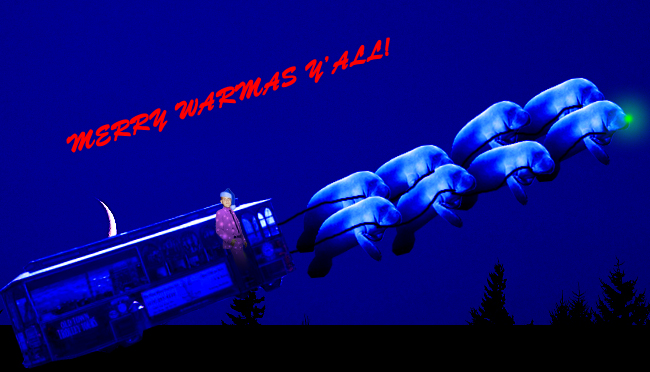