Sup little boys and girls of Warmas, it's your boy Satros here singing you your monthly War Clan carol.

This will be a special monthly update that focuses mainly on our annual gaming event Warmas.

Warmas is our yearly gathering where we play a handful of games and do silly things as a large group. The event will be split into, 2 days, Warmas Eve and Warmas.

Please let me know if you plan on attending in the OFFICIAL WARMAS ROLL CALL thread.

War Clan T-Shirts are here for a limited time only! You can wex this Warmas in style! 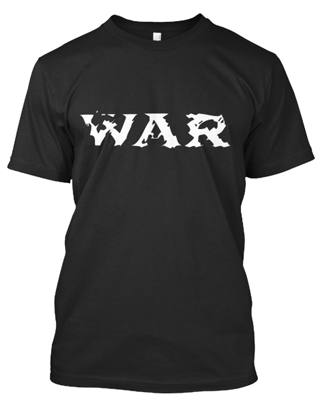 Instead of our usual "Latest Games" section, this will be a special edition highlighting some of the games we play during Warmas and the kind of activities we will be doing in them.

Rune is the game where {{WaR}} was first founded. The gameplay is sort of like Unreal Tournament but hack-and-slash. There are tons of fun maps and mods and we play it every Warmas as a reminder of our roots. One map in particular, Mt. Everest, a map where to point is to climb to the top, is always a good time when everyone is drunk during Warmas.

Reign of Kings is a survival game that mixes the combat of Chivalry: Medieval Warfare and Minecraft style base building. During Warmas Eve this year, we will probably form a large group of naked spearmen, and run around servers wreaking havoc.

Age of Empire II HD is an RTS game where players choose an empire, build a base and army, and try to wipe out the other players. During Warmas, we will most likely have an 8-player FFA war clan brawl.

Rocket League is basically Soccer with Cars. During Warmas Eve this year, we will probably play some fun games using custom modifiers, such as a 4v4 where the ball is just a heavy box that must be slowly pushed while the other team also tries to push it in the opposite direction.

TableTop Simulator is a simple physics based game for playing tabletop games with friends. This year, we may wind down on Warmas Eve by playing some Official War Clan Trading Card Game, random sets of Guess Who, or a puzzle of something random.

Manatee Online is a MMO survival game created by War Clan where you can swim around as a manatee and eat seaweed. Does it really need anymore explanation?

We hope you will all join us on Jan 1st and Jan 2nd to play these games and more for Warmas Eve and Warmas!