So yeah, got into RO2 which bored the shit outta me, and it reminded me of this.

WO is pretty badass. Basically it's a Dark/Gothic fantasy MMO with open world pvp and 2spooky4me PvE with permanent death.
I think this is something we can get into, it was a lot of fun when i played it. The dungeons in it are pretty treacherous and it can be pretty gory, your character can be split in two by a big axe carrying demons and shit.

Protips + Dungeon Survival Guide
+Character Creation Protip: Keep rolling until you get at least 10+ bonus points to spend.
Elves are good at magic type classes. Dwarves/Gnomes are great priests or warriors. Porkul make excellent thieves. Humans are generally well rounded.
+Try not to go it alone.
+Keep an eye out for traps! If you see a red '!' above your head, one is nearbyLook around and see if you find the trap, it's a red glimmer on the ground. Other traps may be more obvious ( Such as spears jutting through walls occasionally )
+Do not trust players who have a red aura. They are criminals, and once you hit soul rank 2 they CAN attack you and take your valuables.
+Be a bro, if one of your team dies, try and rescue their body and take it to the nearest Shrine, or to the town temple for a 100% revive rate.
+Be wary of enemies with a wicked purple aura. They are quite powerful and just might kill you.
+ This isn't like WoW, don't just stand there in combat! Target your enemy, and actively block, dodge and get into positions of attack such as his flank or at his back for more damage. If you see him charging something up, MOVE!
+ Loot Chests. They are most often dropped from fallen monsters Be careful. If one of the team decides to try and open it, keep a good distance, as the trap could be fatal, such as an explosion or sleeping gas in an area full of nasty monsters.

Well that looks absolutely brutal. Hell of alot of fun. But brutal all the same. Also, did anyone else thing of Dark Souls here?

Looks good. I am def interested in trying this out.

If you die in game you die irl

Yeah, it was pretty fun when i played it, DONT KNOW WHY I DIDN'T TELL YOU GUISE ABOUT IT THOUGH

But yeah, it's pretty good. The melee combat is kinda like Rune+Diablo. You can actively attack with your weapon, as well as dodge, and block if you have a shield. So there is a bit of skill involved unlike WoW or RO2.

Whenever you die, you become a ghost. As a ghost you have to run to a shrine/sanctuary while avoiding Reapers. If a reaper catches you it WILL lower your chance to resurrect, and should you fail resurrecting your character dies permanently. Other players can loot your corpse while you are a ghost, or if they're complete bros they can pick your corpse up and buddy carry it next to a shrine so you can avoid reapers altogether.

It seems as if we are all going to play. Everybody post their character names and class on this thread. Updated OP with protips and infos

We need a dwarf on the team guise. Thinking about deleting my kiwi elf healer and making a Dwarf Thief ( lol ) 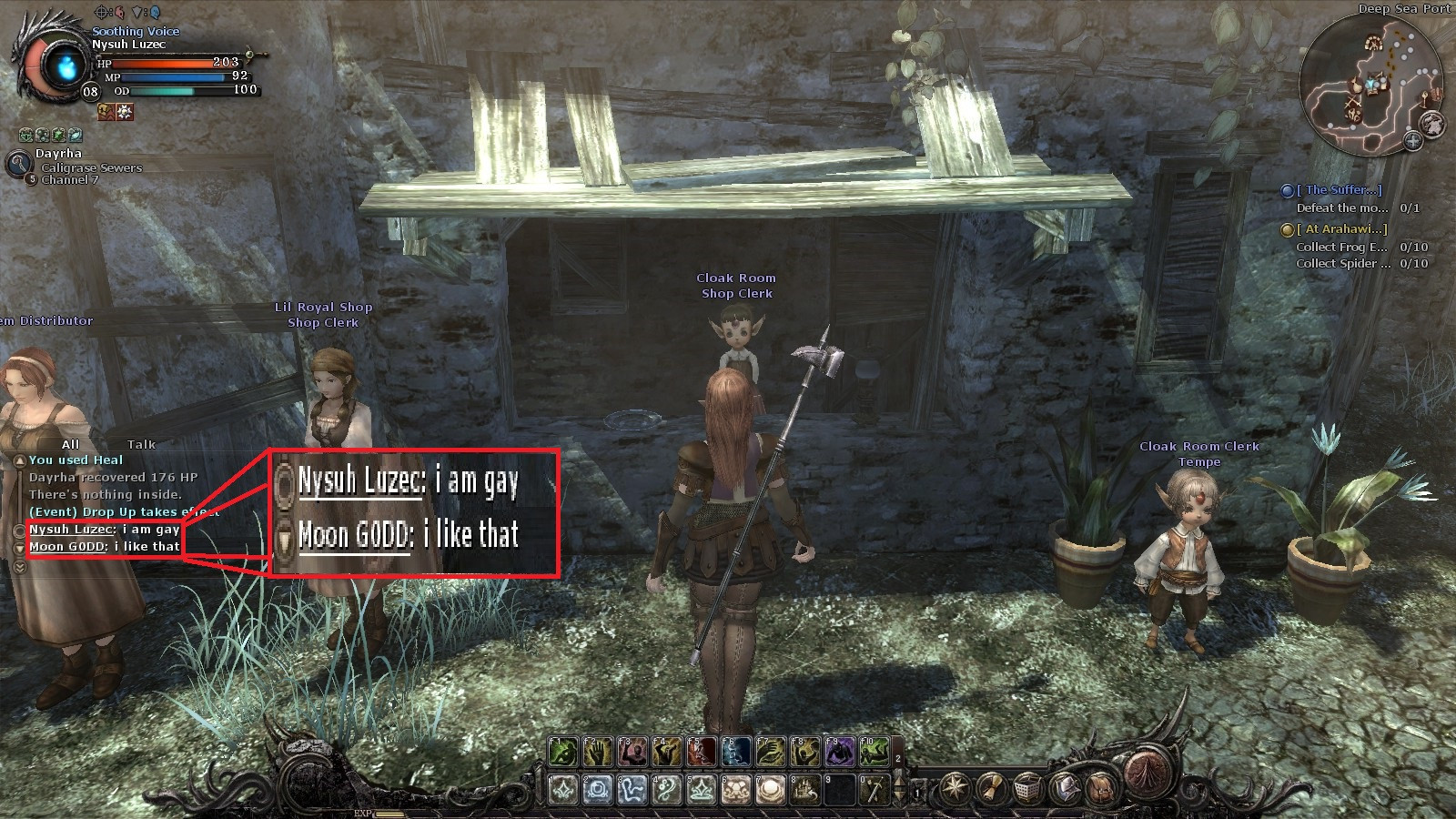 The WO community is breathtaking 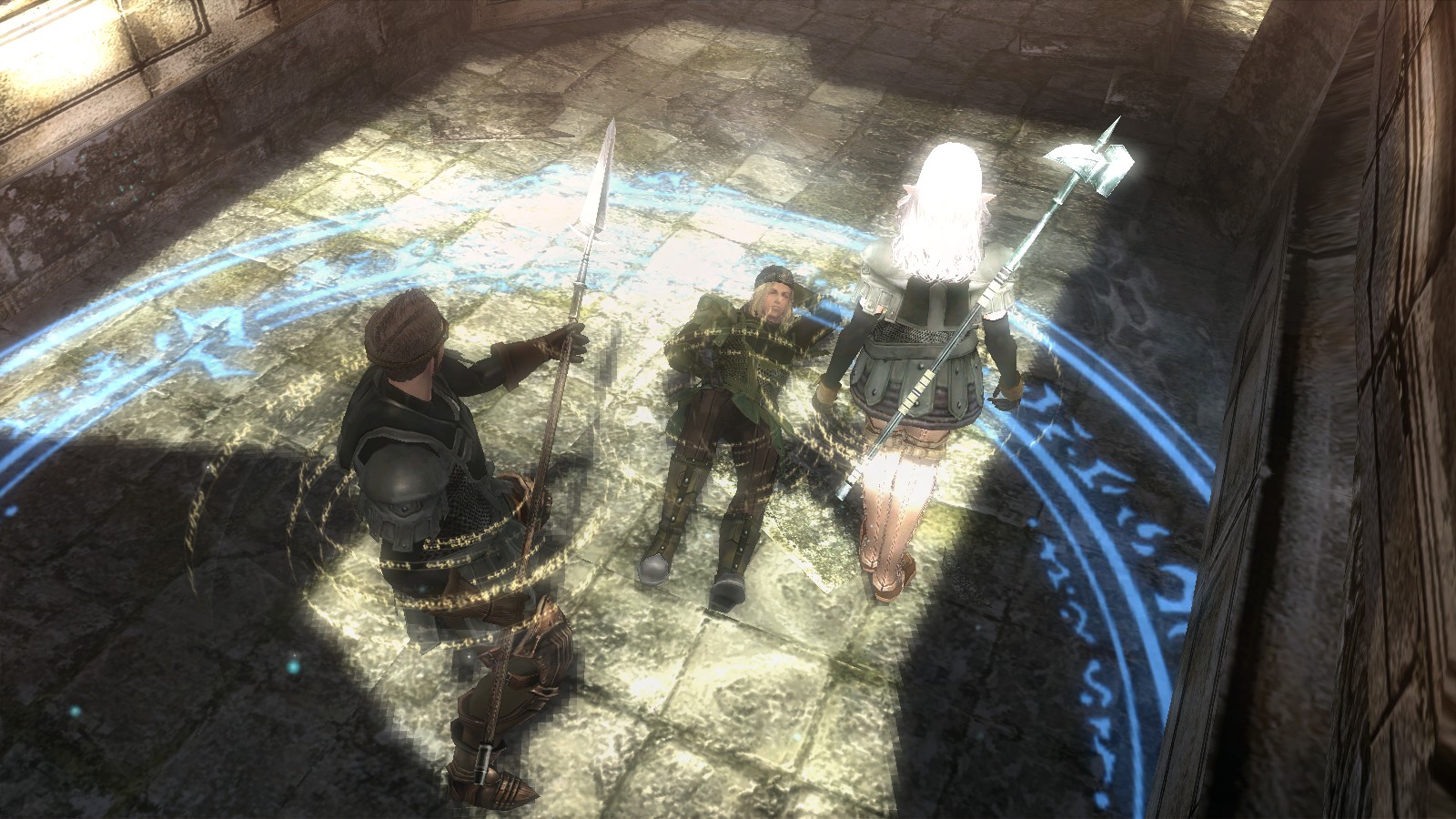 I enjoy poppin' a squat 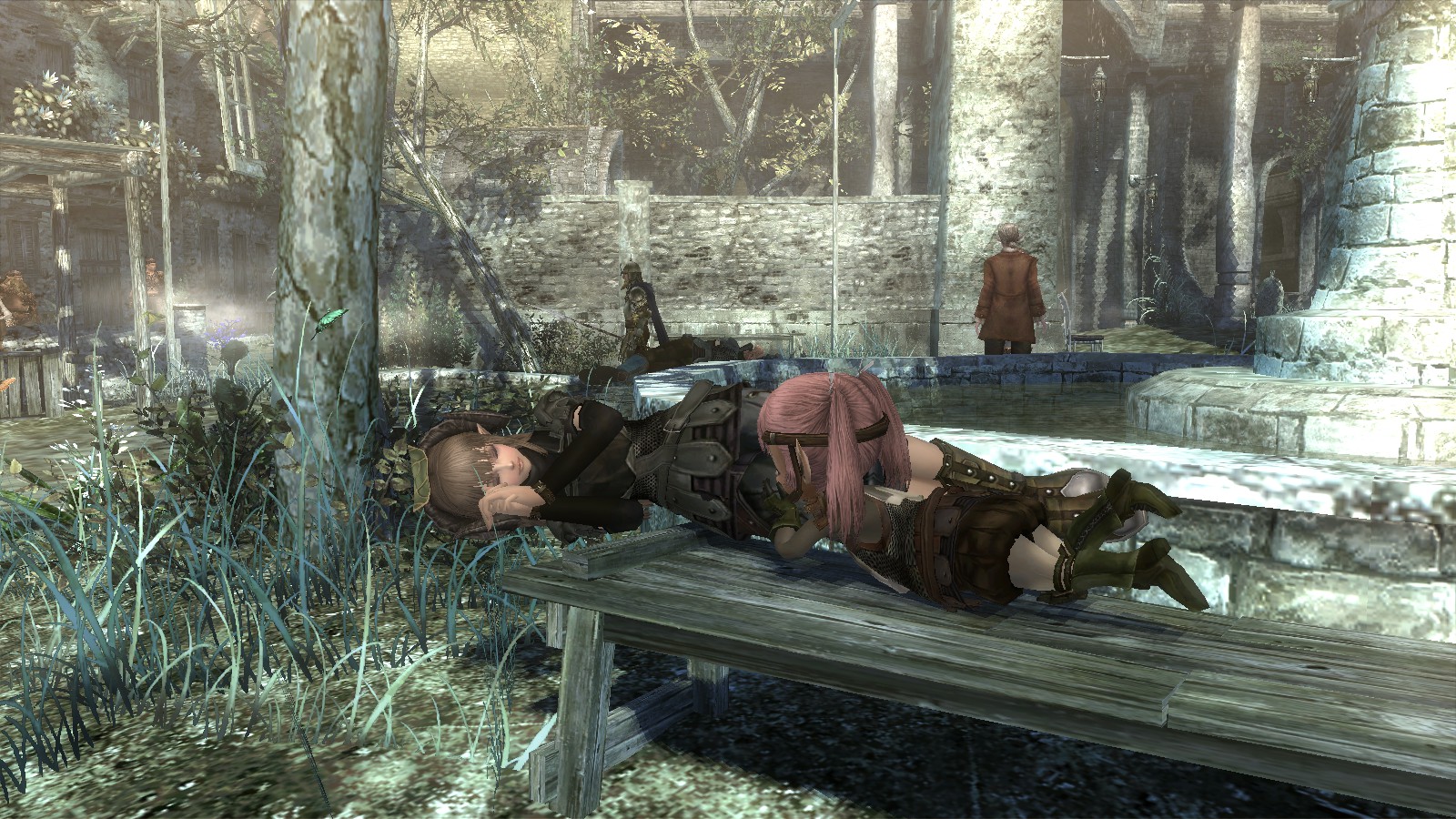 Zaifos and I being kiwi as fuck 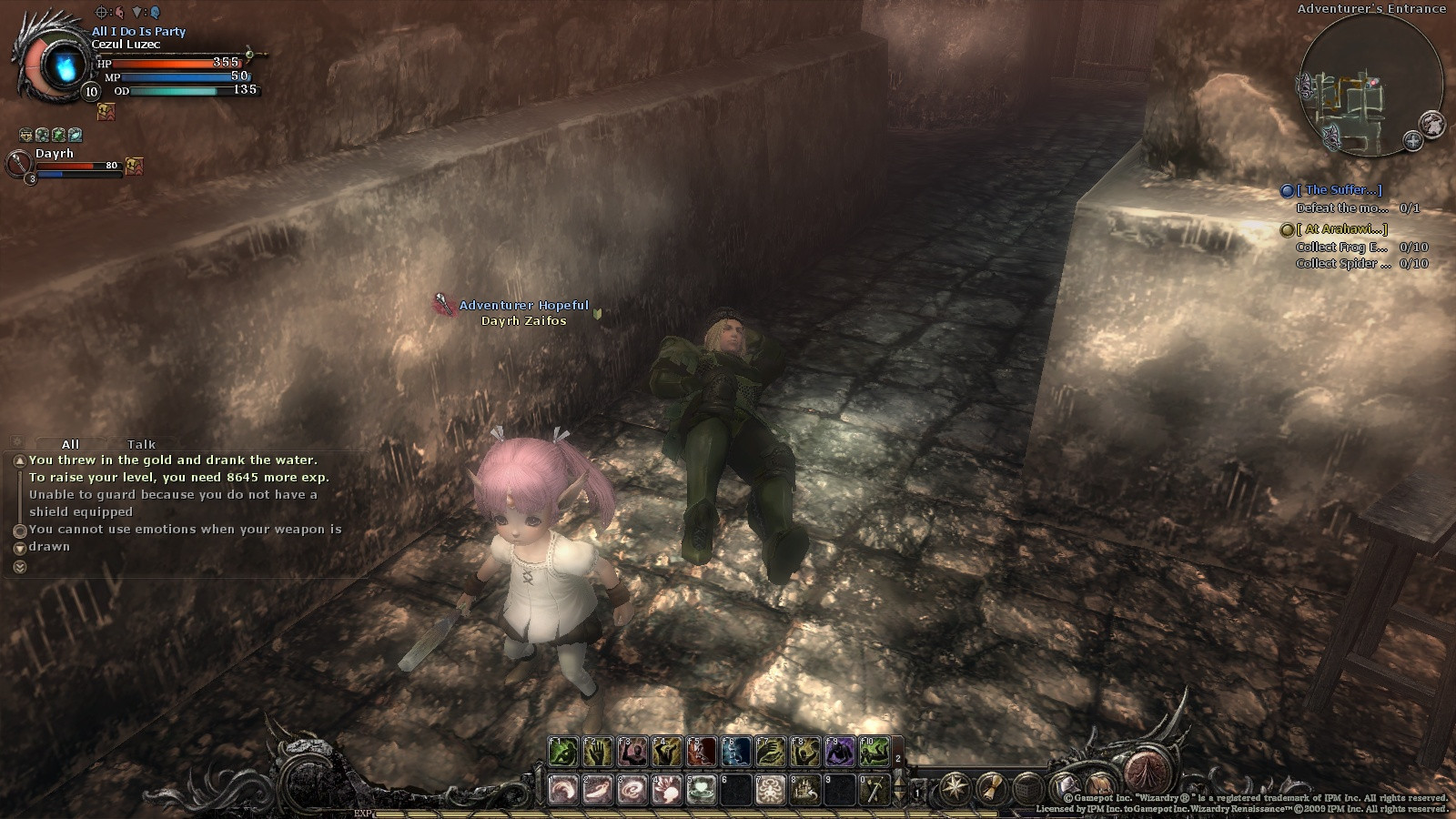 Yes this is what I actually do when I run onwards waiting for the rest of the team.

One of the dungeons you guys have upcoming for you ( at least for those of you at the level 10+ range ) is Aria Reservoir.
Shit is pretty fucking difficult on your lonesome, and is where i got stuck at before i took a hiatus from WO. Right off the bat i'm going to say we will need a Thief for sure. Possibly a wizard, as the living coin enemies don't seem to be hurt much from melee.
Also, expect more riddles and puzzles, and even more depth. If you thought Golden Dragon Ruins was bad, well this is worse.

As for the Thief's use, we will need one with good Decoy skills. The room leading to the FINAL final battle is pretty small, and is filled with Killer Coins and a Bullspawn. The room has two doors. See where i'm going with this? Alone you won't make it at all, for even if you kill the bullspawn, the coins will drive you fucking crazy trying to open the other door, meanwhile another bullspawn shows up and kills your ass as you try and escape out the other one. So Memetic, Satros and I murdered some unfortunate fellows on wizardry tonight.

I wish I had moar time :( I started itttt