Re: Restart kingdoms for 1.8

Re: Restart kingdoms for 1.8

Also, can I suggest that:
-food be put back to instafood. The hunger thing is bullshit for PvP

-enchants be restricted to Prot 1, sharp 1 etc. or else it's just a fight won by the one with the best gear

-potions should either be gone or nerfed massively. I'm more on the nerfing side because I do think they add something interesting at times

Lemme know what you think

I would just say keep food, enchants and potions as they are; in the times they have been limited it has just made things overly confusing or really boring as the risk/reward in pvp is incredibly low.

Hmmmm, I really don't think it benefits anyone. It takes the skill out of it. And for those who can't afford the time to get the highest enchantments it makes the server very boring. When I played on Kingdoms back in Minecraft Alpha/Beta it was soooooo much better before hunger, enchants and potions made everything a grind fest.

With a level 30 enchant only costing 3 levels and 3 lapis, and strength 2 potion making any decent sword kill someone with protection 4 in a few hits I think it's pretty balanced right now because there isn't a "best" strategy anymore.

Maybe slightly slightly buffing other play styles would work better?
Some things I can think of are :

Could work, I'm down to give it a try

I think the activity suffered because the main player base didn't want to play anymore. It has little to do with advertising. If 30 people come to the server, I really only expect 1-3 to actually stay, but that will only happen if the dedicated playerbase can make the game interesting enough for people to stay.

So I want to focus on keeping the community close, in a way. If you were ever around during the Rome days, we had 2-3 teams living in the same city. There was politics and ultimately a war, but it happened in the city. It was pretty fun while it lasted. This way you can interact with others relatively easy because they are in close proximity.

I also favor damage over protection. I would prefer to keep all attack based enchantments, and get rid of all protection based ones. Same thing goes for potions.

Ooh, I wasn't around for the Rome days but that sounds interesting. So there was a role play element to the server? How did the politics and stuff work though? And what would ultimately cause a war?

We didn't really role play, but we could. It was just one team built a place they called rome, then my team moved in, since we hung around it all the time anyways. WJM killed chip clip, which built up a lot of tension between the two teams. Later one, we launch an attack against them in their city. It was pretty exhilarating to tell the truth.

I like that idea. Would make for a good change of pace and give a larger objective. We could make Rome a king of the hill style place like Satros was working on just before the server went down? You could gain rewards like gold blocks towards area upgrades and such for holding it for certain amounts of time

I'm not sure if this could easily be done but what about making team areas based on placing something like a diamond block to set the center of the area (where you would /capture) and then being able to place gold blocks within a few hundred blocks of the center that would protect a small area around them (11x11?)

Most likely people would surround the center with protection but it would also allow areas to have watch towers or something similar nearby.

I like Melvins idea there. It would encourage larger team areas and make getting protection easier. That was always a problem for players joining before. They had to get a team of at least ten players together and then get 10 gold blocks. I think that'd put a lot of newcomers off. So if we can make that a little easier I think more people would wanna stick around

If this happened, I would contribute like I always do. Aka solo build a team base for whomever wants to play it. I don't mind spending literally days building a base if people would log on and use it! I'm all for activity and having fun. But I can't be online enough to "lead" a team, so that was always my problem. People would quit because nobody was on to start a war, or a fight, or defend the base, etc.

But ultimately, its like jioji said. If Satros wants to start it up, he can. If the war clan wants to play, they will, if they don't, they won't. And the server will fail without the core players who made / make it what it is.

I will always play the server if it comes back, even if I am the only one online just let me know.

A few ideas to help new players with bases:

I personally hope this works out, and also a rating system plugin? :)

We decided to no longer do the server because Goat showed up. GG no re.

So you can show up as another user?

I don't mind you playing. Just feel like playing

Have you guys heard of Reign of Kings? WaR has been playing it a lot lately and its been a lot of fun. Pretty much exactly like the old Kingdoms server.

Its basically a combination of Day Z/Chivalry/Minecraft. The concept of the game is pretty much Kingdoms MC.
You can build, form factions, kill each other, craft, capture people, etc

I am wondering if any of you guys have heard of the game and if you would be interested if I were to run a server. Even though its a different game, its very similar in concept, it would be really fun if we could get the community back on this game. 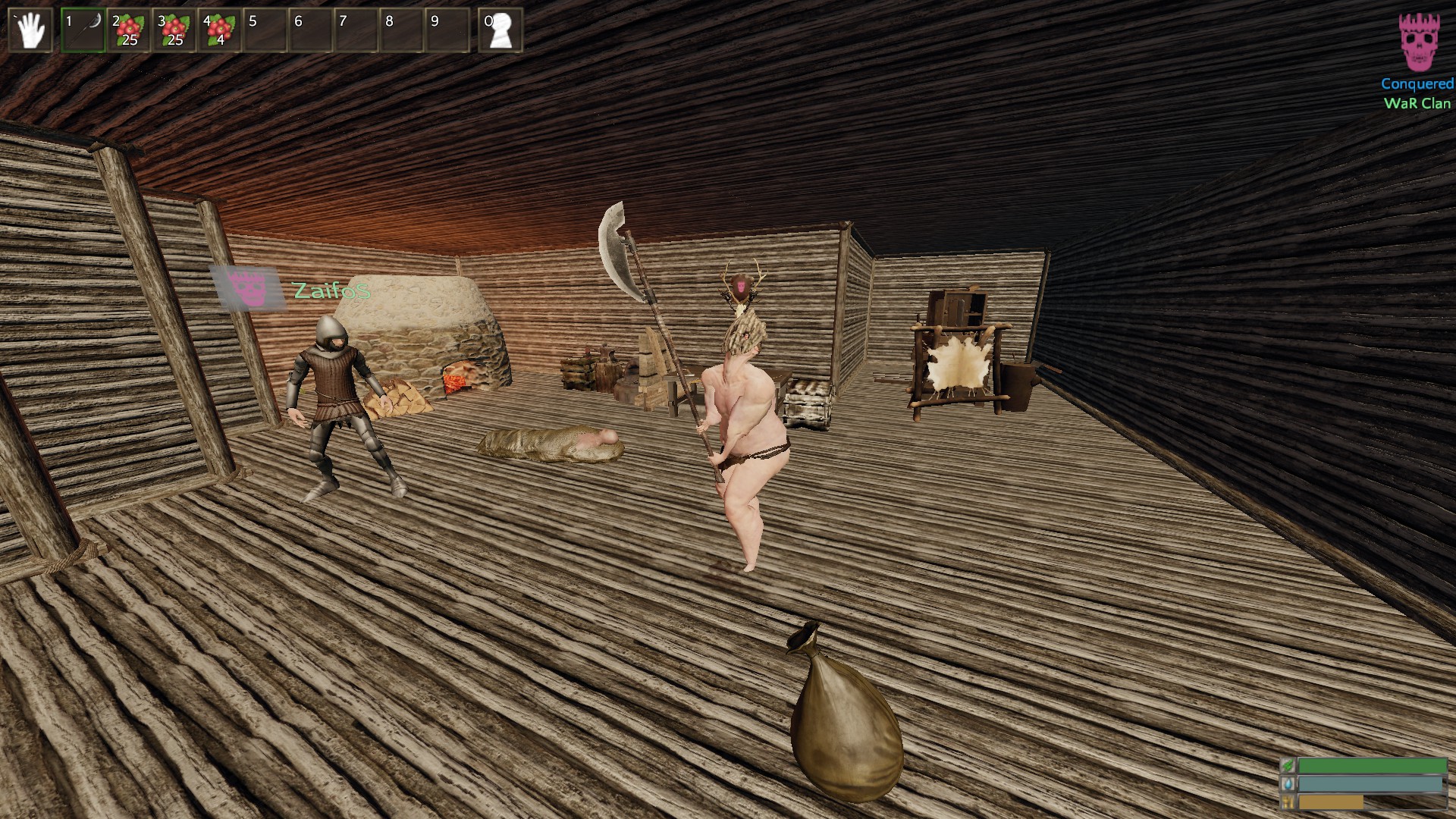 I would at least try out the game :) It looks like minecraft and chivalry mixed together. I never played chivalry, but I saw lots of videos on it and it looked good! :)

But Reign of Kings doesn't have redstone, nigga.