Amnesia: A Machine for Pigs

For lovers of the previous Amnesia (The Dark Descent), the Penumbra series, and other stuff by Frictional Games comes the second chapter of the Amnesia series.
The game is set in the same universe as DD, but with a new time setting, story line, and set of characters. It also has new features compared to the last such as larger areas (as well as outdoor), unpredictable enemy AI, and the inventory has been removed to add difficulty.

A rich industrial tycoon named Oswald Mandus collapses from a feverish nightmare in which he sees a mysterious, dark machine. A "disastrous" and tragic expedition to Mexico, compounded with his illness, have stolen months from his life and he wakes determined to piece together the missing fragments of his life.
http://goo.gl/9kCVU 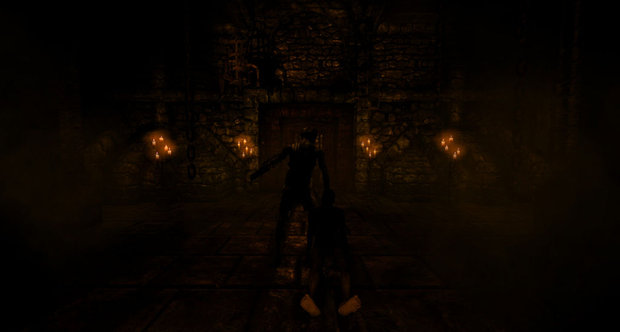 Get ready to pee in your butthole.

Frictional Games wrote:
How come a game meant for Halloween 2012 has been delayed for so long? Originally we thought it would be a short, experimental game set in the universe of Amnesia, but thechineseroom had a vision that was bigger than that. As their work progressed, the potential for a much greater project emerged. What we ended up with is no longer what we had first imagined, but a fully fledged Amnesia game. A different kind of Amnesia, but definitely not a short experiment.